Home Blog The Robots Are Taking Over… 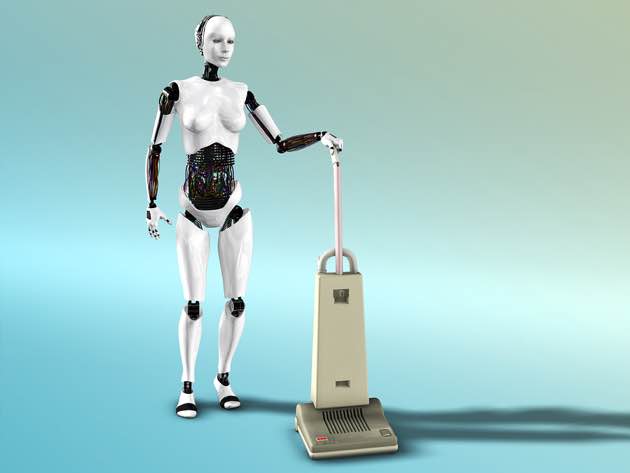 For years now there have been predictions of a home that is completely run by robots, of androids that will do our washing and of a home that may be completely automated: cooking our dinner, running our bath and ordering our shopping. And whilst it seems that the world of robots may be advancing (with Stephen Hawking recently announcing that AI would be the end of the human race) until recently affordable automated home help has seemed anything but realised. However, as of the launch of robot vacuum cleaners into the mainstream continues (with Samsung having entered the market with numerous models that range in price from around £200, up to £1000), we thought that we’d take a closer look at the Robot Vacuum cleaner of today, and whether they really can help us clean our homes automatically.

Robot Vacuum cleaners: How they work

There may be a whole host of features between the least and most expensive robot vacuum cleaners, however they each generally have the same general mechanics that power them.

The majority are round and feature a compact motor that powers the wheels, which can generally operate for between 2 to 3 hours at a time between charges. What’s more the majority can also pick up on when they’re running low on energy, and can head back to their charging stand all by themselves for a re-charge.

They find their way around the home through advanced programming and plenty of all around sensors, this means that they can cover all of the floor space, whilst being able to miss any obstructions.

They can also be programmed to start and stop at certain times, so you don’t even need to be in the house to be handling your cleaning!

You can find out more in our robot vacuum cleaner buying guide here.

Alongside their many selling points robot vacuum cleaners are subject to a few limitations. First of all, each of these models is incapable of telling the difference between dirt that it should collect, and the items that it shouldn’t, such as cables, jewellery or as one South Korean lady has recently infamously found, her hair (who, incidentally, required the help of four emergency workers to become unstuck from her home help contraction).

Another major flaw is that many of these vacuums lack the ability to detect drops, such as the stairs, so if you want to keep your vacuum in one piece whilst doing the upstairs cleaning then you’ll need to block off your stairs completely. Some of the newer models have now cracked this though so it’s worth doing your research before you buy.

Lastly, the cheaper models are pretty frequently referred to as being ineffective on the deeper of piled carpets, so if your home is subject to thick carpeting then you may well need one of the more advanced (=expensive) models to meet your needs.

A marketplace that has just gotten a whole lot more crowded

Samsung may have broken into the mainstream first, however LG and Dyson have not been far behind and it seems that the competition has gotten a whole lot fiercer. Today we look towards a market of robot vacuum cleaners that not only clean up pretty effectively, but that go beyond this to empty themselves, run on Wi-Fi and include video cameras (we’re not quite sure how exciting a programme the cleaning of a home’s floor would make for, but nevertheless perhaps manufacturers have something more in mind for this particular feature).

What’s more, with features such as these, we’re thinking that it won’t be long before the limitations listed above become a thing of the past, with a future that then looks a whole lot brighter, with floors that will similarly be a whole lot cleaner.